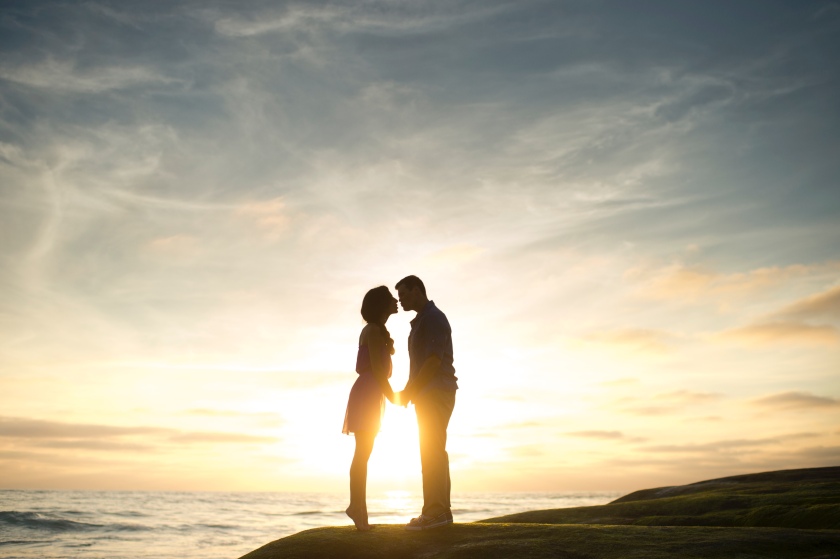 Having an open relationship sounds good, because it comes with the ability to have your cake and eat it too, as they say. Who wouldn’t like having the freedom to do whatever they want, then go back to somebody later and talk and maybe not acknowledge what they did. It’s as if you walk out a door and you’re no longer with somebody, but when you walk back in again you’re also back in a relationship with that person. Open relationships have been around for a long time, but they’ve never been a hot topic. Even these days, you don’t hear about it much, except maybe for people in the entertainment industry, but it happens and it’s all around us – it’s just that it’s a hushed conversation, it’s not out in the open. I personally believe that open relationships are good for couples that want to have a change, a couple that maybe needs a spark to reignite their passion, or maybe a couple that wants to take a break. It doesn’t mean that only relationships that are already on the rocks or near trouble should partake in an open relationship. A happy couple may still wish to try being in an open relationship so as to go to the next level, using the experience and knowledge acquired from the extra relationship to bring it into their regular relationship.

However, if on the one hand open relationships may sound good, on the other hand there’s also plenty to consider that might stop one from actually going down that road. One of the biggest issues when it comes to open relationships is feelings. You can pretend that your spouse/partner going out with someone else wouldn’t matter, but it’s a lie more often than not. If you cares about someone, your heart will not let you not care about what’s happening. When a couple enters the open relationship territory, they always run the risk of one of them falling for the other person. You can’t rule the heart, so there is little, if anything, that can be done to stop your feelings for the other person from existing. Even if you decide to stop seeing that other person, sometimes that might not be enough to move forward, and next thing you know your actual relationship is in big trouble.

What you need to have in an open relationship is boundaries and consequences – you need to accept being held accountable for not staying within the boundaries if you don’t. Example: a couple decides that the date should end at 2am and that the partner needs to be home; however, that doesn’t happen and the partner comes back in at 5am. In that case the consequence might be deciding there’ll be no dating outside the couple for a week. And you have to enforce the consequences, otherwise the rule is pointless. An open relationship takes lots of honest and open conversations. It might help to even write on paper the rules by which your open relationship will go by; this way, if needed, you both can refer to that piece of paper if your relationship needs to be put back on track. Writing things down might also help with accountability for going outside the boundaries. An open relationship is definitely one that both people have to want, and both people need to be all in for it. If there is any doubt, then don’t even think about getting into one because you will only be miserable.

Personally, I’m neither for nor against open relationships, it all depends on the two people involved. It also depends on what you both expect to accomplish from entering an open relationship. You both have to definitely be on the same page. Love is no joke.

A relationship takes a lot of work on a daily basis. It involves growing together, while still finding a way to grow individually. A relationship is hard to handle, but the reward is priceless. The next blog will be on marriage, a rewarding union (sometimes).

Blogs:
Cheaters – A Dime, A Dozen
Love After Being Cheated On
Breaking Up: A Heart and Mind Struggle
Dating After Cheating
Sex and Money: Vulnerable Conversations
Breaking Out After The Breakup
Surviving The Art of Cheating

I retired from the Defense Dept after over 30years. I serviced in the United States Army and was stationed at Ft Hood and Wildflecken, Germany.I live in Florida enjoying the hot weather and sunshine. I have two Shih tzu dogs Gg and Mason that spend their day trying to make me wish I was still working.A good aspect of retirement is being able to what I wanted to do instead of having to do. The what I wanted to do is write children’s books. I enjoy reading and gardening and many other activities. View all posts by Retirement and Dogs

One thought on “Open Relationships Sound Good, But…”

10 wipes per package. Put it in your pocket, bag or backpack. Take a package everytime you leave the house. The cost is 4 packs for 10.00 dollars